Is this the Ultimate $100 Gaming Headset? 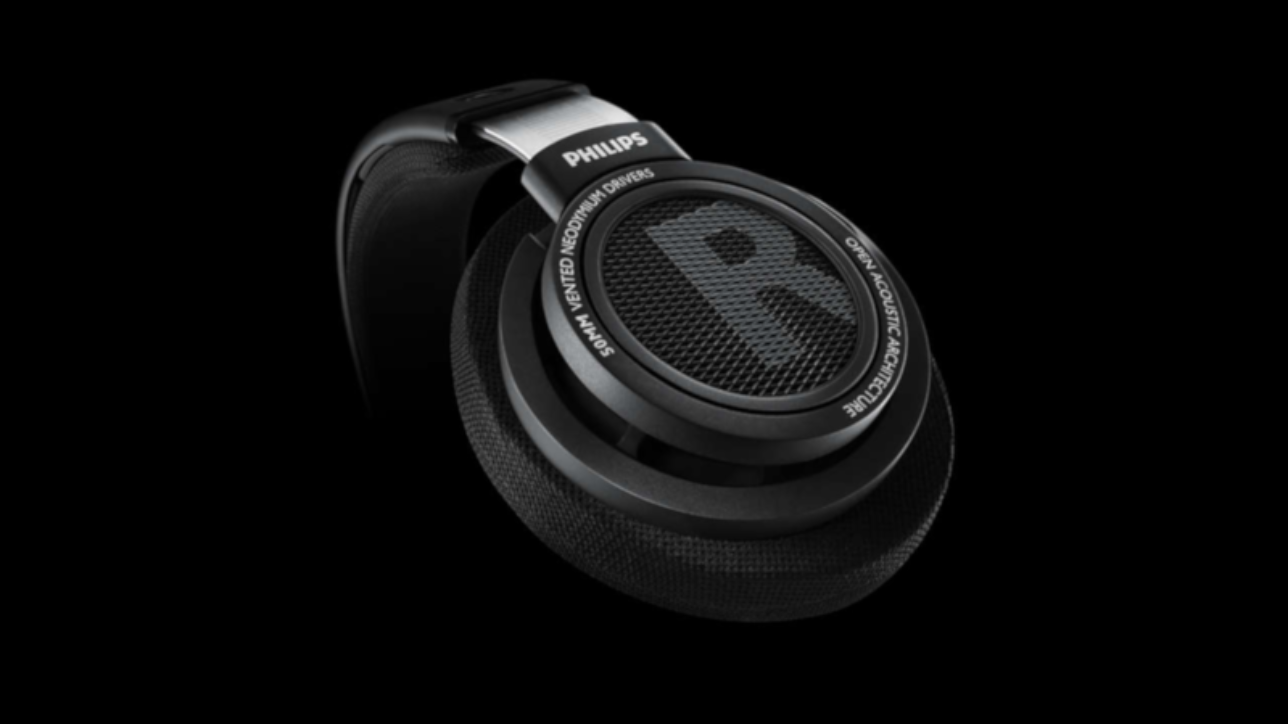 I really enjoyed the old Sennheiser Game Zero headsets.  I had a pair and they served me well for 2 years and I felt they sounded excellent.  The only reason I looked for a replacement is that they were just too loose to sit properly on my big old melon.  So, Christmas was coming and I talked Santa into getting me an Audio Technica ATH-G1 gaming headset. At $170 these are more of a premium gaming headset, so I truly had high hopes for them.  Unfortunately they just didn’t work out for me. The fit was just off as the ear cups were very tiny. Also, I had no mic monitoring which is an absolute must have for me. I get in trouble every night from the boss (wife) for shouting (I need to, just to hear myself).  So back to Amazon they went.

I then spent a lot of time researching other gaming headsets.  I wanted a pair that’s a bit more higher end than your standard cheap gaming headset.  I’m a Sennheiser fanboy so I was drawn towards their GSP line, especially the GSP 500’s after many positive reviews.  This was my introduction to the style of open back headphones and it’s a game changer.

Closed back headphones are the most common type of headphones and what most people are familiar with.  The ear cup is fully sealed and isolates you from most (if not all) outside sound. This is maybe what you want if you are in a noisy environment and seek isolation (not hear the kids, dog, wife, etc).  Open back headphones ear cups are not sealed. Not only do you hear the sound from the speakers but also the sound from the outside world. You may be asking yourself why you would want that? Audiophiles say it open back headphones provide you with a much more “open sound stage”, this is a phrase I didn’t understand until I put on the GSP-500s.  The phrase is exactly correct. The sound stage is open, wider, all around and at times further out. The best description I can make is the audio truly feels 3D and alive. All of this and having the ability to hear the outside world, for example your voice, so you’re not shouting call outs into the mic.

Back to the Sennheiser GSP 500s.  This headset sounded amazing and mic monitoring worked incredibly well.  Unfortunately, I think they were designed by the Spanish Inquisition. I have never felt a more uncomfortable or painful headset.  I desperately wanted to keep these as the sound was beyond anything I have ever experienced in a gaming headset. After a week of pain and worrying that the band would rub the top of my head bald I made the tough choice and shipped them back to Amazon.  Defeated and upset, the search for a new headset continued.

I was now determined to get another open back headset.  I decided that this was mandatory along with comfort. Unfortunately, most gaming headsets are  closed backed. Being very stubborn, I would not give up and the search continued. This is where I stumbled upon reviews of the “Ultimate $100 Gaming Headset”.  A combination of an economy class, audiophile pleasing headphone with a crystal clear mic that at a 100 dollar price I figured was worth the price of admission. A few clicks of the mouse and next day delivery, I was now in the possession of the so called Ultimate $100 Gaming Headset.

So what is the Ultimate $100 Gaming Headset?  Well, it’s not a typical gaming headset. It’s two pieces actually, a pair of headphones and a separate mic.  I purchased the Philips SHP9500 HiFi Precision Open Back Headphones at $65 along with a V-Moda BoomPro Microphone at $30.  Combined together they make up that Ultimate Headset for a hundred bucks plus tax. You may ask how that all works and how many wires are there?  Since the Philips SHP9500 has a standard 3.5mm cable, just one. Detach the crappy cable that comes with the SHP9500, connect the V-Moda BoomPro Mic and you are all set.   Instant Gaming headset using higher quality components. A thing of beauty.

We will start with one of the most important areas for a gaming headset and that is comfort.  Since most gaming sessions are a few hours long these things better feel good. At 10.5 ounces they are incredibly lightweight, you barely feel them as you wear them.  The headband and ear cups are cloth, comfortable and very breathable. My ears do not get hot or sweaty while wearing them for long gaming sessions. One negative is the ear cups are not very deep and my ears do touch the sidewalls where the drivers are.  It’s not the end of the world or a major issue but I would prefer them to not. This is something I may address in the future with an ear pad replacement (using third party ear pads). Overall, these are extremely light and incredibly comfortable.

As stated before, this headset is open back and has been called the economy class of audiophile headphones.  There are countless reviews comparing them to 300+ headphones stating they are just as good and incredible value, a must have headphone for everyone even if you rock a more expensive pair.

Do I think they are that good?  I don’t know. I do know they are the best sounding headphones I have ever owned.  I was amazed with the Sennheiser GSP-500s but I’m completely blown away with the Philips SHP6500.  Call of Duty never sounded so good. I feel as though I’m there on the battlefield. Not only can I tell where the bullets are being shot from but feel the distance where they were fired from.  That comes from the Open Back speakers and that wide open sound stage all the Audiophile neckbeards used to describe them.

The Philips SHP9500 are a very low impedance headphone at 32 ohms so an amplifier is not needed.  Console controllers, phones or tablets can easily power it and deliver amazing sounds. This is where other, more expensive headphones have issues as they require an external amplifier to power them.  On the topic of more expensive headphones, the Philips SHP9500 is often compared to being as good as Sennheiser 600s which retail for over $300. I’m not sure it’s a case of them being better than a $300 headset but more that the $300 headset are not that much better than the Philips SHP9500 at $65.

They also sound amazing for music listening.  Music isn’t just pumped from a direction or in stereo.  The music comes from all around. You’re truly engulfed by the sound and can feel the layers to the music.  It’s a weird adjustment for someone coming from closed back headphones or earbuds, such as myself.

While everything may sound all sunshine and lollipops with this headset, they may not be for everyone.  Bassheads will be left wanting more bass with their music as they are not a bass heavy headphone. The bass is there and punchy just not super deep.  Also, you’ll hear the outside world due to the open back nature. The outside world will bleed in unless you’re in a quiet environment.

Finally, let’s talk about the V-Moda BoomPro Mic that we attached.  The V-Moda BoomPro Mic is just a simple cable with a Y split for the boom arm.  The boom arm is very thin and just a flexible wire and adds no extra weight to the headset.  The boom arm is about 5 inches long and the cable is a little over 6 feet long with 3.5mm connectors on both ends.  There is also a control section about a foot down from the mic (or at nipple level) that has a volume dial and a mute slider.

With how thin and small the mic was I wasn’t expecting much.  Maybe I don’t understand how mics work because I was dead wrong.  I got crystal clear recordings while testing this mic. I’m truly amazed as to how well this picks up your voice.  This is an excellent option to turn any headset into a gaming headset as long as it has a 3.5mm connector.

All that said, the mic isn’t perfect.  The mic is omni-directional, meaning it picks up audio from all over, not just directly from your mouth.  There is no noise canceling so anything it picks up, it transmits. It will pick up that clicky keyboard or your feet stomping the ground when you experience that “bullshit, lag induced death”.  Also, there is a severe lack of mic monitoring from this mic. I feel that’s due to the boom arm only being 5 inches away and not closer to your mouth, it sits more off to the side. Mic monitoring would work better if the arm was a bit longer and positioned more in front of your mouth.  I’m not sure why it sounds so clear in recordings but hard to hear with mic monitoring but it is an issue. Thankfully the headset is open back so you can easily hear your voice. I could see this as a bigger problem with closed back headphones.

Is this truly the Ultimate $100 Gaming Headset?  Not only do I think so but I believe they are the ultimate gaming headset.  The sound, comfort and value just seal the deal. If you’re in the market to replace your gaming headset then you really need to take a long look at this setup.  Check out the many YouTube reviews that state the same. I truly think this is a solid setup that will exceed your expectations all for a relatively low price.

Supreme Ruler of the Universe and MLG gamer. View all posts by Lala Calamari